Black Friday is known as one of the world’s biggest spending binges, but have you heard of Singles Day?

The Chinese holiday completely eclipses Western shopping events and shattered records last year with £24bn being spent in just 24 hours. In comparison, US Black Friday sales were reported to be £5bn.

What’s the history behind Singles Day?

Singles Day began as an “anti-Valentine’s” campaign started by students at Nanjing University back in the 1990s.

The event was then adopted and trademarked by Jack Ma, founder and chairman of Chinese e-commerce giant Alibaba (China’s equivalent of Amazon) who saw the commercial opportunity. Ma, who is from Hangzhou also owns Taobao and Alipay and is now China’s second richest man. It didn’t take long for other retailers to get involved, who started launching “Double 11” deals just as online shopping was beginning to explode.

Singles Day has since been recognised every year on 11th November, becoming a day when everyone buys themselves gifts, regardless of their relationship status. It is also referred to as “bare sticks holiday” because (11th November is written 11.11, or one-one-one-one!)

Will Singles Day take off in the UK?

While Singles Day is undoubtedly the biggest shopping event in the world, it’s unclear whether the event will take off in the UK.

As Remembrance Day is recognised on the 11th November in the UK, it’s unlikely that Singles Day will be adopted on the same day the Retail Gazette advises “For retailers, it will be important to keep an eye on consumer behaviour this year and ensure they are prepared to meet any growing demand – Black Friday 2014 caught a lot of retailers unawares so it’s key to make sure this doesn’t happen for Singles’ Day.”

Boardmans work closely with our customers around all the key shopping dates to ensure they’re able to stay on top of trends and are prepared well in advance.

Only time will tell whether Singles’ Day will become as big as Black Friday here in the UK, but it’s definitely one to watch! 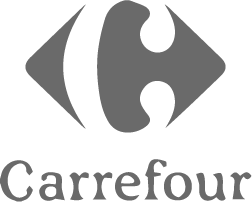